Blockchain & the future of M&A 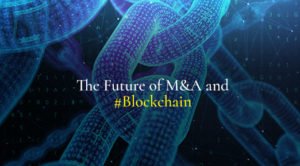 Blockchain technology was originally developed to underpin the functioning of the cryptocurrency Bitcoin. It is already changing the way we do business, having already disrupted the financial, insurance, and supply chain industries. Now stock exchanges are exploring how blockchain’s distributed, tamper-proof ledgers and immutable and transparent transaction records can speed up and simplify their clearing and settlement process.

So what’s next? What changes could we anticipate for the M&A process?

Due diligence is a forensic review of data and documentation by a potential buyer prior to purchasing a company. This key stage is not only one of the most expensive and time-consuming phases of the M&A process but it is also where the sale value can easily be chipped due to a lack of preparation of the selling company.

Our experience lines up with the points raised by Richard Harroch in Forbes, “22 Mistakes Made by Sellers in M&A Transactions“, buyers frequently find problems in the seller’s historical documentation process, including:

Here’s how blockchain technology could revolutionise due-diligence within the M&A process.

Blockchain (known formally as “Distributed Ledger Technology”) is a database technology that enables users to share live data across a network. It is an evolving list of data records (called blocks, each one bearing a corresponding timestamp). These blocks are linked together (in a chain) and secured using advanced public key cryptographic protocols. The blocks in the chain are communicated to all members in a network (known as nodes, which have a common version of all transactions). The data within the blockchain is therefore de-centralised, mitigating the risk of storing information in a centralised database. Members in the blockchain individually verify the contents of the records in the blocks, thus providing a distributed verification mechanism. This collaboration and independence in the verification process provides a robust degree of integrity to a block, meaning that any un-authorised alteration to a record would be detected by the other members. The result is a shared, identical database which is tamper-proof and immutable.

As blockchain’s conditional logic grows in complexity, it could become a means to verify and execute many kinds of contracts and deal agreements between buyers and sellers. ‘Smart contracts’ in M&A, where blockchain protocols would verify and execute contract terms have important implications. US accounting firm Weaver outlines how such potential capabilities promise exponentially faster deals, as financial transactions could be conducted “automatically” via blockchain.

By shifting the due diligence process to blockchain transactions, these could be executed in real time and without professional service professionals!

If the contractual (transactional) end of the deal was “self-driving” by blockchain, financial and legal advisors would have more time to devote to integration matters that require a human touch. Within a short time span, blockchain code could potentially verify and execute merger agreements. Both buyer and seller could see major cost savings.

Another possible use of blockchain-enabled smart contracts could be to monitor and speed up the regulatory approval process for M&A transactions. R. Jesse McWaters, financial innovation lead at the World Economic Forum comments “If we look at what blockchain really is – a shared infrastructure – we can see that its application in M&A or any other sphere of financial services could do a lot to increase data connectivity between the financial services industry and regulators.” Read more in the explanation by Intralinks, a cloud-based financial technology provider for global banking, dealmaking and capital markets.

Blockchain technology is revolutionary and its use in M&A deals is in embryonic stages. Perhaps the next few years will be centred on the large multi-billion transactions that swallow up due diligence cost.

In time, blockchain seems poised to make M&A negotiations and due diligence faster and cheaper with the promise of unprecedented efficiency and accuracy. Proof of concept is on the horizon and the future will probably require us to trust significant transactions to such a driverless process. We saw the same with driverless cars recently, now the early adopters are becoming more mainstream, tomorrow they will be the norm.

Blockchain will eventually be a standard M&A feature – but some elements of the M&A process will still require the human touch.  The essence of deal-making may remain untouched by technology, at least for the foreseeable future.

We shall be discussing the impact of technology at Dorset Chamber of Commerce’s upcoming event on Friday 28 June in Bournemouth.  A peep into the future no less…