Here’s a brief roundup of the latest stats on M&A available from the Office for National Statistics:

In Quarter 3 2018 the value and number of inward M&A declined, the value of outward M&A increased & the value of domestic M&A saw a notable decline. That being said if you look at the graph for 2018 inbound M&A has remained significantly stronger than for the previous 3 years. 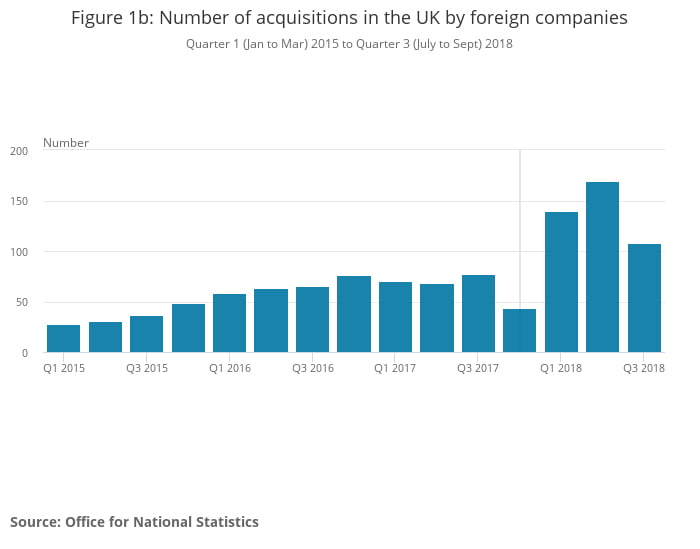 The value of domestic M&A was £3.0 billion in Quarter 3 2018, which was £9.0 billion lower than the previous quarter and the first quarterly decline since Quarter 4 2016.

Global mergers, acquisitions and disposals activity can be driven by the availability of credit. Therefore, when credit conditions deteriorate, as happened in the 2008 to 2009 economic downturn, mergers and acquisitions (M&A) activity declines.

M&A activity can also be affected by the economic outlook and company profits, in addition to a range of other economic factors. External evidence suggests business investment intentions remain positive though, see Bank of England reports:-

The process of completing a M&A transaction takes time and sometimes there may be a lag between improving economic conditions and any change in M&A activity.